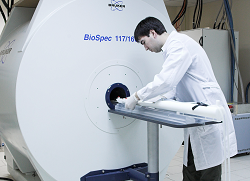 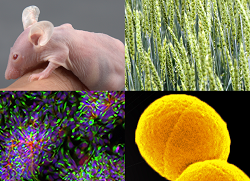 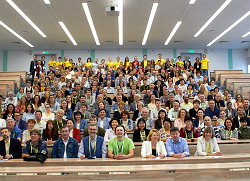 The Federal State Budgetary Institution of Science Federal Research Center Institute of Cytology and Genetics, Siberian Branch of the Russian Academy of Sciences (ICG SB RAS) is one of the oldest research institutions of the Siberian Branch. It ranks among the largest biological institutes in Russia and abroad. The history of ICG is tightly linked to the resurrection of the Russian genetic science after its crackdown at the August (1948) session of the Lenin All-Union Academy of Agricultural Sciences. The Institute was established in 1957. It was the first genetic institute founded in the USSR Academy of Sciences. Its founder and first director was Professor N.P. Dubinin. He occupied the position until the autumn of 1959. The Institute was developed as a multidisciplinary research institution for solving fundamental and applied tasks in genetics, cytology, molecular biology, and breeding. The scope of research at the Institute was greatly extended in 1959–1985 under the directorship of Professor D.K. Belyaev. It encompassed new fields: chromosome and gene engineering, physiological genetics, computational biology, etc. In 1985–2007, when the Institute was run by Professor V.K. Shumny, the integration of classical genetic methods with molecular, cellular, developmental, and populational approaches was increasingly important. Since 2007, under the directorship of Professor N.A. Kolchanov, the studies conducted at the Institute were focused on the integrated approach to the knowledge of the genetic base of the organization and operation of living systems, which rested on interdisciplinary research and integration of experimental and computational methods. In 2014–2016, the research institutes of the RAS were reorganized. The Institute of Cytology and Genetics affiliated the Siberian Research Institute of Plant Cultivation and Breeding, Research Institute of Clinical and Experimental Lymphology, and Research Institute of Internal and Preventive Medicine. As a result, the potential in the development and implementation of genetic technologies was expanded substantially. Since 2018, the Institute has been headed by A. V. Kochetov, Corresponding Member of the RAS. The Institute maintains leadership in many promising fields of genetics, breeding, cell and molecular biology, evolutionary and physiological genetics, systems biology, biotechnology, and biomedicine.

There are four IC&G-based chairs at the Novosibirsk State University: the Chair of Cytology and Genetics, the Chair of Molecular Biology, the Chair of Information Biology and the Chair of Physiology. Many IC&G people hold joint appointments as NSU teachers and some teach post-graduate courses in genetics, cell biology, cytology and histology, physiology, molecular biology and biochemistry, which involve research work at IC&G. Over the past five years, 75 graduate students have been entitled to attend the post-graduate courses. Of them,18 completed the courses and 10 defended theses with a view to complete their Master’s degre

IC&G is receiving substantial support from the Russian Government. Over the past five years, IC&G has been awarded grants from the Russian Foundation for Basic Research (67), the Russian State Subprograms “Frontiers in Genetics” (39), “Advanced Methods of Bioengineering” (3), “Human Genome” (5) and “Biological Diversity” (3). Additionally, IC&G has been awarded four grants in support of the best scientific schools and 34 in support of the best scientists.

IC&G collaborates internationally. This collaboration has been supported by grants from INTAS, NATO and Britain’s Wellcome Trust. Working agreements exist between IC&G and laboratories, universities, institutes in many countries worldwide.

IC&G is visited by those who want to have a first-hand impression or personally do research work. IC&G hosts international conferences every year. IC&G is a place where biochemical and biotechnological companies make their presentations often.